M… like Mosaic. Discover the art of “Contemporary Mosaic »!

“M like mosaic” … That rings a little bell doesn’t it ? Not quite sure where you have heard that before?
Let me tell you a story …

Back in 1877, a ceramic stoneware factory founded by Paul Charnoz is implanted in Paray-le-Monial. For those who do not know where it is, well, Paray-le-Monial is located in the department of Saone-et-Loire in the Bourgogne-Franche-Comté region. Yes, here in France !

This famous “ceramic stoneware tile” is also known by another name, more widespread, ie : the « mosaic-tile ».
In 1994, a group of former employees of this factory created the Paul Charnoz Museum to highlight the history and the ceramic heritage as the worker’s know-how (also called the “memory of the gesture »).

Four years later, their association with the Tourist Office and other enthusiasts, allows for an exhibition including the participation of international mosaicists !

Presented at the Paul Charnoz Museum and the Saint Nicolas Tower in Paray-le-Monial, the exhibition « Aime… comme Mosaïque”, is a great success. But it is, more importantly, the discovery, by the general public, of contemporary mosaic.

It will even be reproduced at the Forney Library at the request of the Paris City Hall the year after (the same year as the second exhibition « Vivre à Rome” where Giovanna Galli animated 3 initiation courses to this art).

In 2000, it is the official creation of « Aime … comme Mosaïque » with has become “M comme Mosaïque” since 2008, this association remains true to its values and its ambitions.
Since then, the moves have followed.

Today, it is at 15bis, Quai de l’Industrie in Paray-le-Monial, in the premises of the « Maison de la Mosaïque Contemporaine (House of Contemporary Mosaic) that you can visit the permanent exhibition hall (which also presents a video retracing the history of the mosaic to the present day), consult the resource center (recognized by specialists as being of high technical and artistic quality), and even participate in an internship animated by renowned mosaic artists and trainers ! 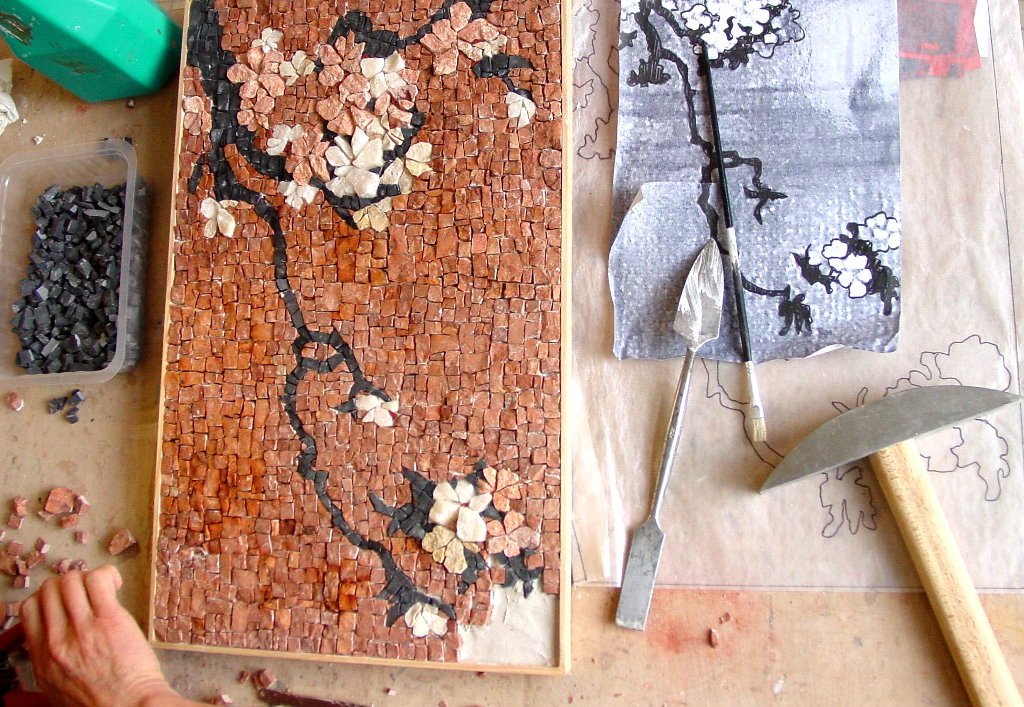